A bolt of lightning is one of nature’s most dangerous events. Lightning can travel at around 140,000 miles per hour and reach temperatures of 50,000 F, which is hot enough to turn sand into glass.

A lightning strike can touch off a fire in a home or commercial property. However, most lightning damage occurs from an electrical surge that can short out computers, appliances, phone systems and the building’s electrical systems.

Lightning doesn’t even have to hit a home directly to result in property damage. For example, a neighbor’s tree can be struck by lightning and fall on a nearby home, leaving it uninhabitable. Trying to get a claim settled in this type of case is especially vexatious. 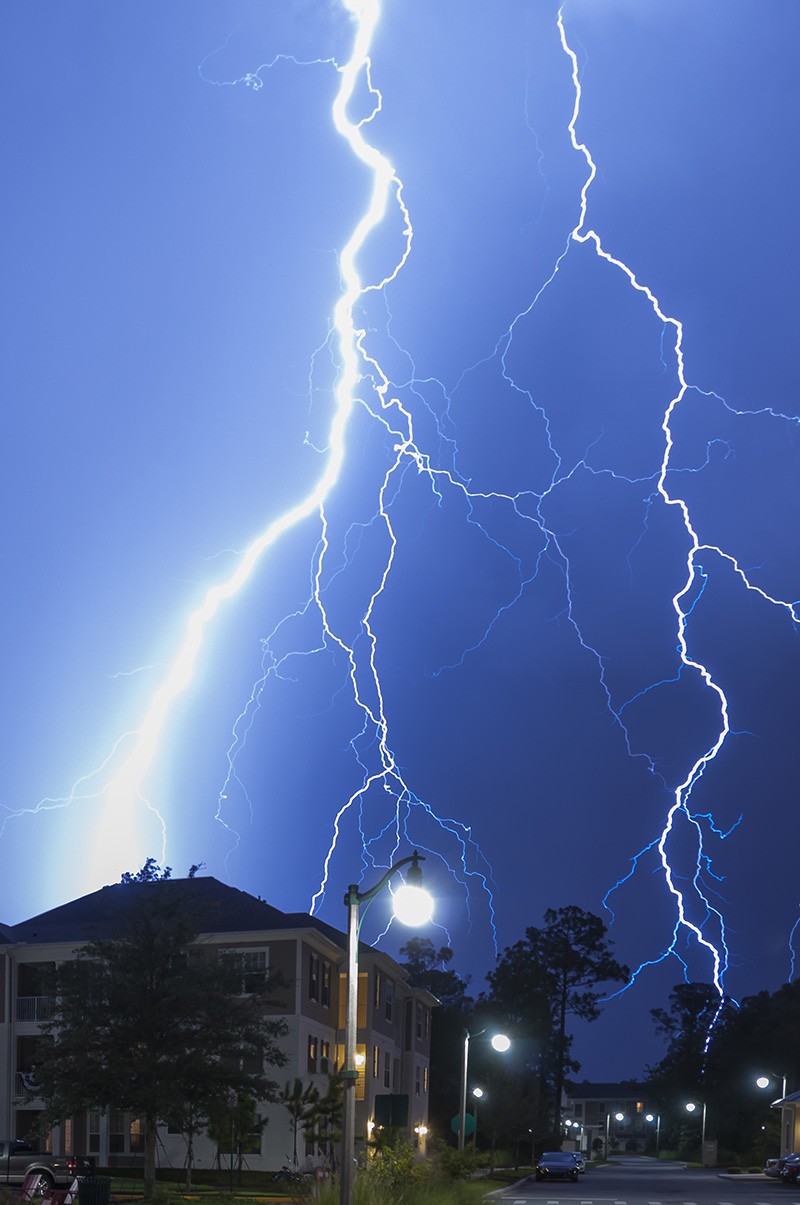 After a lightning strike, a home or business owner should be sure that the property is safe to enter – no “live wires” or downed electrical lines, for instance. Then, the extent of the damage to the house and property should be determined. Can the structure be repaired? Has the lighting strike led to the destruction of the appliances or electronics?

If the lightning-related damage is extensive, a business may not be able to operate or a home may be left uninhabitable. Coppermark Public Adjusters can assess the damage – to the interior electrical system as well as to the structure itself – and help you settle their claim in a timely manner so you get the compensation you deserve.

Some insurance companies want to know which damage was the result of a lightning-caused fire and what damage was from the electrical overload. In some cases, the insurer will need to know precisely where the electrical surge occurred, because they won’t pay a damage claim if the surge occurred off the premises. Insurance companies also differentiate between a lightning strike and a power surge and might want the electrician or repairman who services the property to attest to the fact that the power surge came specifically from a lightning strike, since surges can also be the result of faulty transformers or power lines. Therefore, the home or business owner and the repairman should be in agreement that the losses were due to a lightning strike and put this down in writing.

Filing a claim with the insurance company for damages relating to lighting can be very challenging. Coppermark Public Adjusters can alleviate this aggravation by taking on most of the paperwork, and in the end, increasing the amount of your settlement.

Contact us before you call your insurance! We’ll protect your claim.